(In which the writer explores a black gloom with Jilly Cooper, gets stuck with Milo (from the Phantom Tollbooth) in the doldrums, talks with Rhona Cameron about adoption, consults Walt Whitman and finally decides to make her peace)

I have been stuck in once of these since Saturday. 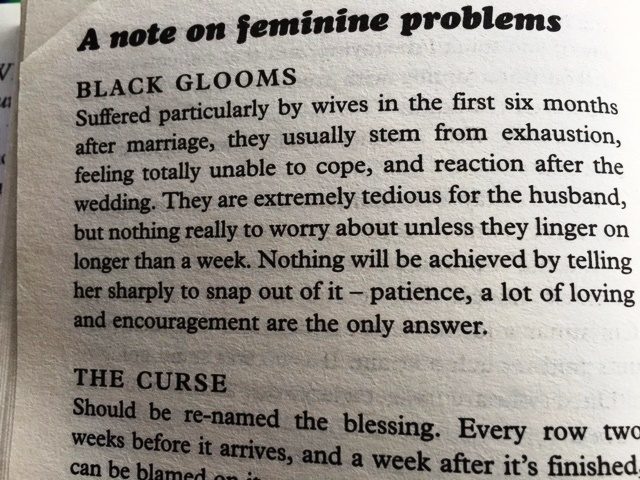 The Volvo Ocean Race yachts are marvels of modern engineering, but, alas, they share a common flaw. They have to have wind. Granted, wind isn’t normally in short supply on the open ocean—until you hit the doldrums.

For centuries mariners have feared this equatorial region for its tendency toward sailor-stopping calms. The first leg of the race runs right through it, and what happens there could conceivably determine the victor.

“It’s incredibly frustrating. It’s the worst thing,” says Kevin Shoebridge, captain for the Tyco team, a competitor in the 2001-02 race, of being stymied by dead wind in the doldrums.

The region is also prone to violent weather shifts, and Shoebridge says he’s seen calm winds turn to 30-knot gales in a matter of minutes. At other times he’s sailed through without noticing a thing.
Cooking Up Trouble

The trouble starts with the sun’s concentrated pounding at the Equator, which bakes air near the ocean’s surface, making it lighter and causing it to rise. Sailors are picky about wanting their air movement to be generally horizontal—rising air offers little wind for the sails and can stop boats dead.

While heating the air, the sun also cooks ocean waters, soaking the rising air with evaporated water, which can result in violent storms. “There was one particular instance where it was just a huge black wall of cloud from one horizon to the other,” says Shoebridge.

To top off the doldrums’ troublemaking, the sun’s beating does a bang-up job of heating Volvo racers as well, who can find their bunks well over 100°F (38°C).

There is a sense of total disconnect from everything that is causing me some difficulty. A series of petty rows and complete exhaustion from re-building the kitchen have pushed both of us to the very brink and it feels so terribly, terribly ungrateful to be here given everything Michael has done for us.

So I strip it back.

Looking out the window on my way to work this morning there was an old chap at the bus stop, brown trousers topped by a beige cagoul, sunglasses (rectangular) squinting up at the time table, his hand shielding his eyes, his short head topped with a superb ill-fitting hand trimmed auburn wig.

And I genuinely admired his resolute optimism for the day.

I waited but my mood didn’t lift and the black gloom slowly rolled back down over me as I pulled into work.

I hope this will be short lived.

On Saturday we are planning a party.

The kids in their cheerful way pushed the invitations out to all and sundry on facebook.

This has brought with it some issues, a degree of challenge and separation, again.

Poppy though, assures me, confidently, that nothing happens by accident.

The biggest of which is that my birth mother with whom I have had a somewhat odd relationship, has expressed an interest in attending.

I am trying to figure out if it is worth pursuing that relationship.

Complete strangers, work colleagues, lovers have meant more to me than most of them and yet I persist, I persist.

I am reminded momentarily of the knowing Self and the “what I am” and the possibility of peace resting in that space and then its gone again.

“Trippers and askers surround me,
People I meet, the effect upon me of my early life or the ward and
city I live in, or the nation,
The latest dates, discoveries, inventions, societies, authors old
and new,
My dinner, dress, associates, looks, compliments, dues,
The real or fancied indifference of some man or woman I love,
The sickness of one of my folks or of myself, or ill-doing or loss
or lack of money, or depressions or exaltations,
Battles, the horrors of fratricidal war, the fever of doubtful news,
the fitful events;
These come to me days and nights and go from me again,
But they are not the Me myself.

Apart from the pulling and hauling stands what I am,
Stands amused, complacent, compassionating, idle, unitary,
Looks down, is erect, or bends an arm on an impalpable certain rest,
Looking with side-curved head curious what will come next,
Both in and out of the game and watching and wondering at it.

Backward I see in my own days where I sweated through fog with
linguists and contenders,
I have no mockings or arguments, I witness and wait. ”
― Walt Whitman, Song of Myself

I tell myself if I can make this work then they (Conor and Nathan) will come back to me.

Michael asks why I put myself through this. I read again Rhona Camerons blistering article on her own relationship with her adoptive mother, a relationship she has called a “cul de sac” and I wonder again why I feel I must pursue this even and despite the fact Jenny lives down the road from me less than half a mile away.

In the years since, we have had only on-and-off contact, mostly because of my indifference. In that time I read an excellent book, The Primal Wound by Nancy Verrier; it was an encyclopedia of my condition, explaining the psychological impact of adoption on the adoptee – how, often, we struggle with friendships, relationships and intimacy of any kind; how hard a place “home” can be, and how we often try to subconsciously sabotage those things that could provide us with a real sense of belonging. But what really helped me the most – as well as not drinking – is understanding the relationship with my birth mother and father (whom I now also see occasionally) as a cul-de-sac: it is limited. As I said to my birth mother only two weeks ago, “We all do our best, that’s all we can do.”

“We do that,” she said, as we hugged, half-laughing, exhausted by the whole bloody thing.

Like Rhona, I do want to check in again. its been over six years since i last saw her despite the proximity of co-habitation.

I do know though that Jenny spends six months of the year with her husband in Florida. Run away Jenny, run.

And that I haven’t yet forgiven her for abandoning me.

And that I am “exhausted by the whole bloody thing”

How do I make Peace?

But here’s the thing, I want to make peace with it – its just that I don’t yet know how.

And may be I take it out on Michael who is also adopted but wants nothing to do with his birth mother, frightened of the Pandora’s box of emotion he might open.

He has after all, a lovely Mum and Dad who have embraced me as strangers more than anyone else I have ever known.

But the book, my goodness the book you tuned in for the book.

“How to Stay Married” is written by my beloved Jilly Cooper, a national treasure who wrote every one of my comfort reads when I was a young impressionable teenager growing up believing I need you to love me. Emily, Imogen, Prudence, Bella, Octavia, Harriet (my own favourite) carried me thought my adolescence and are all books I return to over and over when the going gets tough, a perfect combination of Sue Barton (District Nurse) and love making of the best kind.

I love the snapshots from early married life: rows on the bus, reading recipe books all afternoon. 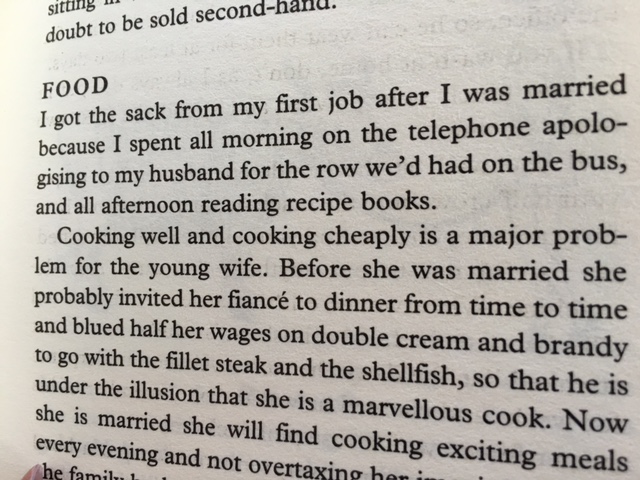 Growing up, a selection of Jilly’s essays sat in my parents’ bookcase – I can’t imagine either of them reading the stories on journalism, pieces Jilly write in the 60s or 70s but if I was to chose either one of them as the reader, I would say it was Dad.

Full to the brim with helpful hints for early married life, I am cheered to read her words which seem to apply just as fully to our second marriage although we are older we are not necessarily wiser and just to be part of Jilly’s world for a brief hour this morning when I woke as Michael slept beside me.

Tell me dear reader how i fix this problem I have with Jenny?

How do i forgive when it feels to let go would break my heart again, change me forever, change who I am my beginning, my end?